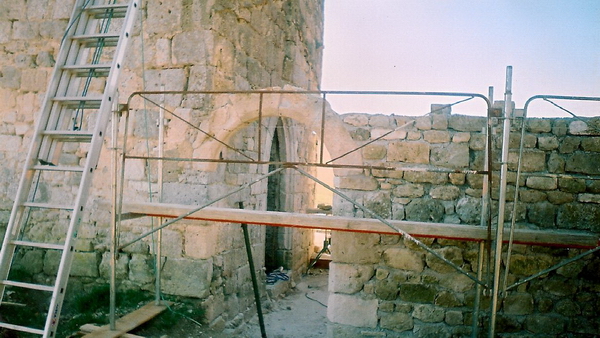 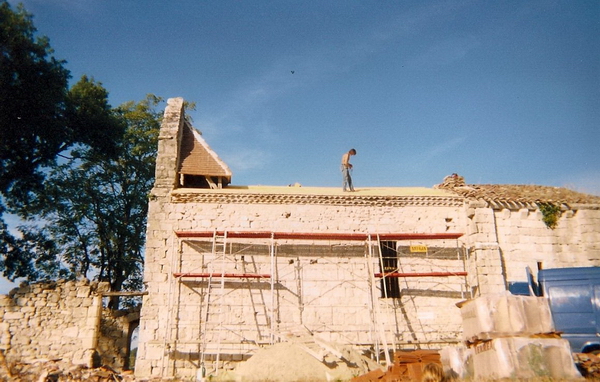 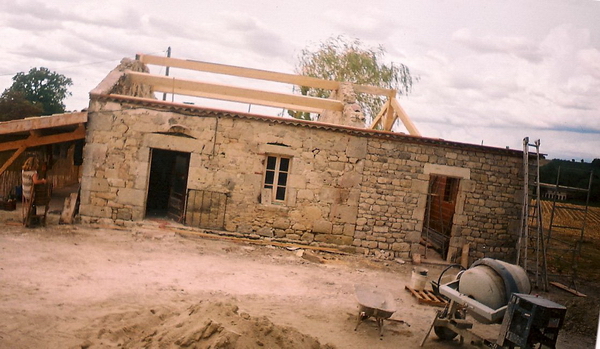 Our first encounter with the chapel was when we learnt that its owners wanted to let it go to new owners who would be in a position to restore it.
For many years used as a farm shed, it was in danger of falling down — the roof timbers were already being damaged by the wind and rain.

We’d been looking for somewhere to put down roots, and what we found was a project that was unusual, hard work, exciting and inspiring.
After four years of administrative processes—the chapel has been a Class II Listed Building since 1995— in the Spring of 2004 we finally set to work with our family and friends, celebrating completion of the work on 24th December 2005.

In April 2005, the vagaries of life and changes in the farming practices of our neighbours meant we were able to buy the farmhouse 200 m away… and set to work once again, moving in at last on 14th August 2008, while continuing to work on renovating the little cottage next door, which we opened on 12th May 2010.

However, we’re not putting down our tools just yet — work on the barn is waiting for us!